Method of Nomination for Democratic Candidates

The Roanoke County Democratic Committee has filed to participate in the state sanctioned primary to be held on Tuesday, June 11, 2019. The primary is for candidates who hope to become the Democratic nominee for the following Roanoke County elected positions: Board of Supervisors (Catawba, Cave Spring, and Windsor Hills), Commissioner of the Revenue, and Commonwealth’s Attorney. There will also be a primary for the 8th and 17th House Districts, and for the 21st VA Senate District. There will be an assembled caucus for the 19th VA Senate District (information for the assembled caucus TBA).

Documents including the Declaration of Candidacy, receipt of paid filing fee, and petition signatures will be accepted by our chairwoman between noon on March 11, and 5:00 PM on March 28, 2019. If there is more than one candidate for an office, the order in which the filing documents are received is the order in which names will be placed on the ballot.

Climate change and the effects of global warming MUST be addressed. Be informed. Please view these recent items found in the news and become an advocate for addressing climate change issues

Climate Wasn’t in Trump’s Speech, but It Was Topic A in Congress the Next Day

With an eye on November, students and well-funded groups are teaming up on gun regulation

WESTON, Fla. — Young activists mobilized by the slaying of 17 students and faculty at a high school in Florida have begun to focus their fury on bringing change in November’s midterm elections.

Path to the Pipeline 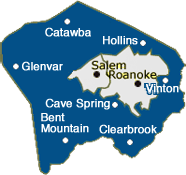